Top Posts
Your Blog Content: Meat and Potatoes or Parsley?
How to Get Your Guest Post Published on...
30 Most Influential Bloggers and Website Owners of...
8 Week Ultrasound: The Moment Of Truth
Traxxas Spartan RC Boat – 50+ MPH on...
How To Get Free Products To Review On...
Breed More Comments On Your Blog Article
13 Lucky Free Web Content Management Systems for...
The Goal Of A Blog Post Is Conversation
39 Reasons Why You Suck
ReviewsTech Reviews

As a good financial practice, my wife and I take a look at our subscription memberships about twice a year to see what we are using and what is a waste. As part of that review we also look at where we might be able to save some money on the services we do use every day. When we started to look at our TV service expenses…it became glaringly obvious that we were spending a lot of money for DIRECTV only to watch a couple of channels.

You have to be careful to not let the online pricing fool you. All of those “introductory” pricing plans are only good for the first 12 months and – after that – things get a little crazy. We were paying $170 a month for TV service without many of the premium channels. It was time to cut the cord and apparently we are not the only ones that have been thinking the same thing as people are flocking away from conventional TV sources.

After we decided we were definitely leaving, it was time to pick a service. We landed on YouTube TV due to channel selection, price and user interface.

“Cutting the cord” is a funny term because we actually went from a satellite service (data beaming from the sky) to a internet based service (cord that comes straight to the house with internet) but I can see where the intent is. Let’s go over the positives and negatives of the switch and what I think as a whole after using YouTube TV for the past couple of months.

Pro Tip: Most TV services require you to sign a contract. We technically had 4 months left on ours with DIRECTV. If you tell them you are moving in with your in-laws that already have DIRECTV, they will waive the fee for ending the contract early…

This one is obvious and also the reason that most switch from cable or satellite to begin with. It doesn’t take a math genius to figure out that $49.99 vs. $170.00 per month is significant. Even if you look at DIRECTV’s 12 month promotion to get a similar channel lineup, you are paying $69.99 per month. We are saving $1,440 a year in just TV service. Once I did the math it actually kind of pissed me off that we didn’t do this sooner.

Add to that…there are not contracts with YouTube TV vs. conventional cable and satellite. If you want to change services, you don’t have to lie to get out of writing a check to the company you are trying to leave. The less we have in binding contracts with service providers the better.

Also, as a side note…there is no hardware to return or have installed at your house. That means no longer waiting 8 hours for someone to show up at your house to diagnose issues. I can’t tell you how many times I have been sitting at the house just furious waiting for someone to come fix something “between the hours of 9 and 12” only for them to come at 4:30 without the right equipment to solve a problem. There are also no wires to run, satellites or boxes to install…all of that miscellaneous crap is gone.

It used to be that you had to really compromise on channel selection, local programming and sports to change to a streaming service. That is no longer the case. I still get my SEC network, ESPN, Fox Sports and my wife gets her trashy TV on the Bravo network. When you travel and use the phone app or web interface it will also tell you that you have entered different local zones for news and sports. All of the channels that we actually used on our satellite service were available through YouTube TV and you can even sign up for select premium channels if you want to. There was zero falloff for our watching habits once we made the switch.

Another great part about YouTube TV is the unlimited DVR recording. Granted…it isn’t being stored locally so you have to have an internet connection to access the content but it does allow you to record as much as you want and the interface is a lot easier to use than it was with satellite. It essentially just looks like you are browsing YouTube to access all of your recorded programs.

With YouTube TV, you can create up to 5 accounts to share that creates its own DVR and suggested programming. This does a couple of things for you.

This actually might be my favorite part of YouTube TV that I never fully got with conventional cable or satellite. YouTube TV comes with you everywhere you travel via their mobile app or web interface. All of your favorite channels and DVR recordings can be watched where every you have a data or internet connection. I travel and drive a lot so this is a big plus for me as I can stream in my car or in a hotel room with ease.

As with any switch there are going to be some aspects of anything that are rather annoying or require some adjustment of habits that have been formed over the years. Let’s take a look at some of the headaches that have gone along with the switch.

All of the modern TV’s down to the Walmart specials are equipped for YouTube TV these days. When we get a new TV in our house we typically do the TV rotation. The new one goes in the living room, the living room to our bedroom and then our bedroom to the guest room. That makes it so that we do have a couple of older TV’s at times that do not have the YouTube TV app installed on them. To fix that issue, we used the Roku’s and Apple TV’s we had.

We bought the Roku’s about a month before Amazon released compatibility with their Firesticks and – honestly – I might start switching them out. The Roku’s can be slow and run into buffering issues sometimes even though they are a cheap option to get up and running fast.

The native apps on the TV are typically faster and easier to use. When I get the Firestick’s in, I am hoping that is the case with those as well.

There are no channel numbers

With YouTube TV there are no channel numbers. This creates some funny little issues. For one, you can’t just tell someone to change the channel to 42. They will have to search down the list to find the exact channel you are looking for. The other issue it creates is that there is no previous channel function if you are flipping between two games for example. You have to hit the down arrow twice to see recently viewed channels so it just adds one more step to that process.

Setting up smart remotes can be more difficult

Since you are not using physical hardware to control your TV experience, there can be more setup time and complications with remotes like the Harmony remote. The smart remotes are really setup to run individual devices all at the same time with ease and are not very good at switching through apps on a TV as that process can be different across TV brands. It is very easy for the remote to change to HDMI 3 but it is very hard for it to know to open a specific app.

You can only stream 3 devices at a time

With YouTube TV, you are only able to stream to 3 devices at a time. For our family of 3 this isn’t a big issue but if you have a larger family that likes to watch different programming all at the same time…this can be an issue. With DIRECTV we were able to watch live programming on 4 TV’s and you could watch recorded on up to 8 since it was done on local storage.

While DIRECTV wouldn’t work in really bad storms, you can still run into buffering and streaming issues with a service like YouTube TV so nothing is full proof. We have run into situations where the TV will drop down to 480 resolution or you will get the spinning ball while watching a program. We have AT&T fiber run to our house which allows for 980MB download speeds and we still run into the occasional issue.

Most of the time you are going to be running your TV’s off of Wifi so you want to make sure that you get a really good router (preferably a mesh router like this one from Amplifi) to get a 5 ghz connection to all of your devices. You might have to up your internet service to get the most out of your setup as you will be taxing your internet connection a lot more with a streaming service.

The other random issue we found with a streaming service is that there is zero way to sync the TV’s due to buffering. The only time this has become an issue is when we are trying to have multiple TV’s all play the same sports game when we are entertaining like we do for the UGA/GA Tech party. At this time, there is no way to get the TV’s to line up which ultimately leaves one group with their experience spoiled as the other room cheers that is several seconds ahead.

No Premium Sports Packages or 4k

I have one friend that still will not cut the cord because he relies heavily on NFL Sunday Ticket from DIRECTV and that is not available through YouTube TV. There are ways that you can kind of make it work by subscribing to a specific mobile package with DIRECTV but it is really complicated and not really worth it.

The other thing worth mentioning is there are currently no 4k channels or streaming with YouTube TV. The 4k was EXTREMELY limited on DIRECTV and was rarely something you wanted to watch anyway…but at least they tried to bring 3 channels of 4k programming. With YouTube TV, there is no information on when that will even be available.

Outside of the small annoyances we have had during the switch, our overall experience with YouTube TV has been very positive. The cost savings alone are enough to put a smile on your face but when you consider that 99% of our TV watching experience was unaffected by the change…it just makes it all that much better. 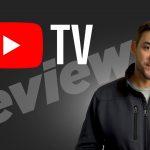 My review of YouTube TV. Are you ready to "cut the cord"?

Apple CarPlay vs. Android Auto – Who does car integration better?

Sleep Number Bed Review – How to save...