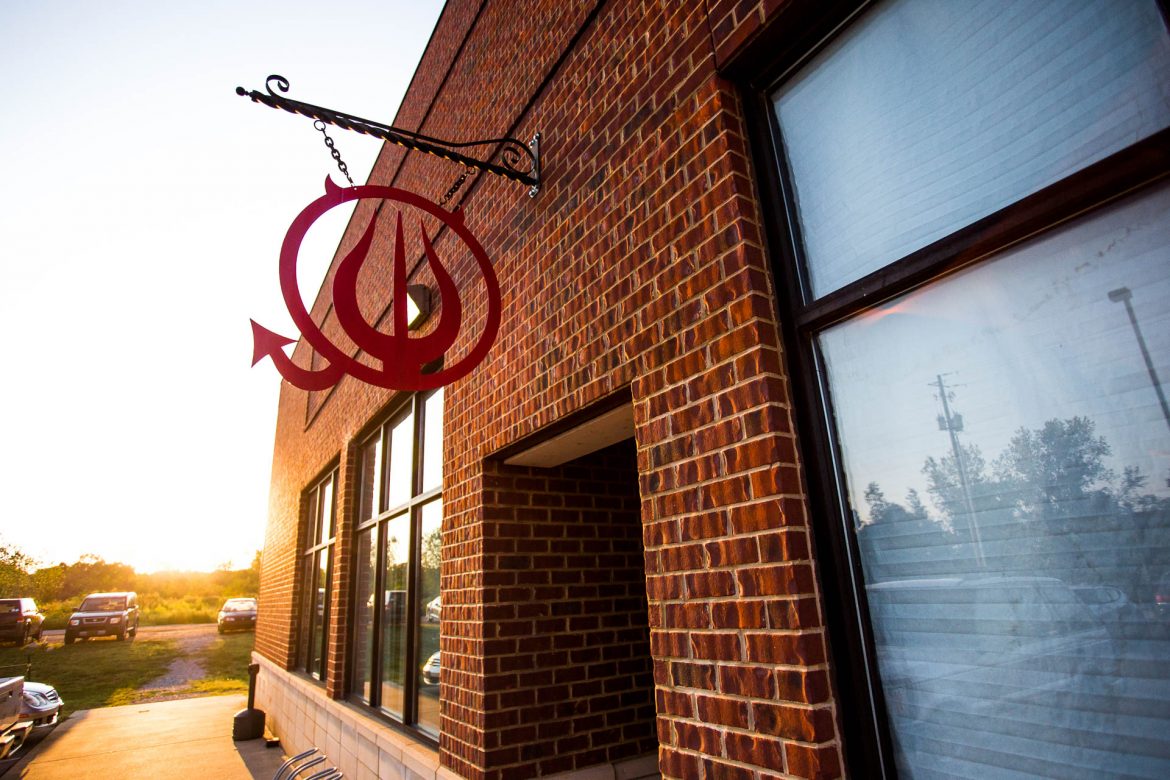 So I know we are starting with a lot of Alabama breweries but it really has to do with my travel schedule right now. So I have had the Monkey at a lot of places in Alabama before as it is typically a staple IPA. It is basically what you would expect out of an IPA. The taproom and facility is pretty small for a brewery that has a pretty good stretch in the southeast. They are making use of the space for sure. There weren’t any of the brewers on hand tonight and they only do tours on Saturday at 2pm so I just hung out for a couple of hours. There were definitely some regulars that really enjoyed hanging out. I might have heard some rumblings of expanding but nothing I can say for sure. They do sell bombers, growlers and cans in house which is awesome and the fridge had some beers that weren’t on tap that I took home (more on that later). As you can see…we were geeking out on Star Trek on the TV.

It’s really hard to find any info on their website about when they started or any history behind the brewers. Since I was playing “local/non-talking tourist”…I didn’t ask many questions either. All I really know about the brewery is the cans of MonkeyNaut that I have had (their staple IPA).

So here was the list available when I walked in. The bartender gave me some recommendations and also said that the bombers are rarer than what is on tap. I do love a good strong ale so I started with the “American Strong”. Solid strong ale. 9% ABV which you would expect out of the style. There was a nice hop up front with a 10% finish.

Next up was the Gorillanaut. Since I was already familiar with their IPA…I wanted to give the double a try. At 9% it had the classic malt/hop/big beer profile. While it was good, I don’t think it would be my go to DIPA. After two heavy beers, I was done so I picked up two bombers (Laika – Cab barrel aged russian imperial stout and the other one I can’t remember off hand…we drank it last week on vacation and it isn’t on the website). The brewery is a cool little spot to hang out and have some good beers. I would definitely recommend picking up a couple of bottles on the way out and trying some of their one off stuff. I usually will drink their Monkeynaught when I am out and about in Alabama. They are worth a try for sure as they really do put out some great beers. They also have a food truck there most nights so you can grab something to eat while you hang out in the taproom.

When I got back to the hotel, I opened the Laika. You can really taste the cab barrel influence but unfortunately my bottle was over carbonated. That ended up taking away from the experience. Home Brew Day: A look at our home brewing process