Top Posts
Your Blog Content: Meat and Potatoes or Parsley?
How to Get Your Guest Post Published on...
30 Most Influential Bloggers and Website Owners of...
8 Week Ultrasound: The Moment Of Truth
Traxxas Spartan RC Boat – 50+ MPH on...
How To Get Free Products To Review On...
Breed More Comments On Your Blog Article
13 Lucky Free Web Content Management Systems for...
39 Reasons Why You Suck
My 2011 Subaru WRX – Family Rocket Ship
1st TrimesterPregnancy

The World Comes Crashing Down – Back To Square One 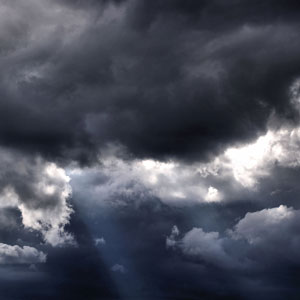 The past couple of weeks have been some of the worst of our married life. The gift that was given to us has been taken away.

Miscarriage is a part of life. They say that 1 in every 5 pregnancies result in a miscarriage in the first trimester and we hit that percentage. To make matters worse, we didn’t even think we could get pregnant naturally, so the entire process was a huge surprise in itself as we were preparing to write a huge check to a reproductive lab for IVF. The emotional roller coaster that ensued was draining.

Looking for the silver lining and staying positive can be difficult but luckily we now know that getting pregnant is possible. We would have rather have gone full term with this pregnancy as we found this out, but sometimes life just doesn’t go the way you planned. It doesn’t mean the journey is over…it just means we hit another speed bump in the process and there was nothing we could do about it. Miscarriage is natures way of making sure your full term baby is healthy. There was something going on that wasn’t right and…for that reason…this just wasn’t the baby for us.

What I Learned Throughout This Process

As much as it can affect the emotions of a man, miscarriage is devastating for a woman. The amount of changing their body goes through combined with the emotional loss is something that I hope no woman ever has to go through. My wife handled it as best she could and I am extremely proud of how she was able to hold it together during the process. She never stops amazing me with what she is capable of.

My role in this ended up being the filter.

There are going to be people in your life that you want the support from during times like this. Trying to take on an emotional and physical loss of this magnitude on your own is a difficult thing to accomplish. My wife…as I expect most wives would agree…needed the support of several close women to get her through the process. As much as I tried to be there for her emotionally, there are things that we can not understand as men. That is just a simple fact. Luckily, with the support of a few close friends, she was able to get that female companionship that helps so much during the process.

That said…the kind of support that grieving couples need is actually the opposite of what most people think you need. It was surprising how much everyone wanted to sit in the drama of the situation and bring it up at every turn. I don’t think they realized that we were living it 24/7 at home, so when we were out…the thing we needed the most (especially my wife) was to live a normal life and talk about anything but what just happened. Reliving the scenario with everyone we were close to ends up making it worse not better.

We have several friends in our lives that completely understood that fact. They only brought it up if we did and they didn’t pretend to “know how we felt”. That was the best kind of support we could have been given and if you ever run into a couple that is going through the same thing…I would recommend you support them in that manner. Nothing in this world is worse than not wanting to talk about losing your baby and your friends wanting to constantly talk about it. When the couple that is going through the ordeal is ready to talk about it with you…they will bring it up.

My job as the husband was to filter this contact with my wife to make sure she was getting the support she needed and not getting any added stress. There were not very many people in our lives that even knew we were pregnant since it was the first trimester, but I needed to make sure that any communication with my wife from the outside world was helpful instead of making things worse. I served as her communication filter and that helped out tremendously…especially in the beginning.

As the husband, I couldn’t understand where my wife was coming from. Was I devastated and disappointed? Absolutely…but for a woman it hits their emotions and body on a whole different level than we can even imagine as a man.

The best thing I could do for my wife through the process was to make life at home as easy as possible. I made sure the house was clean, laundry was done and that all stress related to keeping life moving forward was taken off my wife’s shoulders. When she needed to cry…I was there. When she needed to get out of the house and think about something else for awhile…we went on a date. The weeks following the miscarriage was a series of reading what she needed and making sure she got it. The day after the doctors visit when we got the bad news, we went and played tourist in Atlanta…anything to make life easier and to make sure that this process made our marriage stronger instead of ripping it apart.

This wasn’t her fault or mine. There wasn’t anything either one of us could have done differently. We had to get through this together and the only way to do that effectively was to get as much stress of the day to day off of my wife so she could deal with the situation at hand.

It is ok to be upset, angry, frustrated and fed up. Those are natural emotions that come with the situation. The trick is to make sure the emotions do not completely run your life for the future. I actually believe it is necessary to feel the emotions and deal with them together to get over the loss. There are going to be people that think they know what you need, but only you and your wife truly know what it will take to get through this together. By keeping outside stresses at a minimum, you can deal with things easier at home.

What did I do to deal with my emotions?

I did what a lot of guys do…I beat it out of myself. I am not one that talks about my feelings easily, so getting out on my bikes and riding for miles on end helps me release stress and emotion. It allows me to clear my head and get my thoughts organized. Luckily, my wife understands this and I was able to get out for a couple of rides and come home refreshed. I made sure everything was ok around the house and that she had some company during some of the excursions, but one time…I did leave her alone for a couple of hours by herself. It was my belief (since I know my wife better than anyone) that she needed some time alone to release her emotions and while it was hard for her…I was right.

Where do we go from here?

Miscarrying sucks. There is no way around it and you have to deal with it one step at a time. I wish it wasn’t a part of life but the fact remains that it is. This is not the end of the road but just the beginning to another. We are going to continue to take the steps necessary to start a family…at whatever cost.

Through this entire process we have become closer as a couple and that is a win in my book. You hear stories of how situations like this rip marriages apart and by being in tune with what each of us needed to get through this, we were able to come out on the other end stronger. Are we still upset, sad and frustrated? I think it would be weird if we weren’t. But each day gets better than the last as we work together. It isn’t easy and it is work to get through, but what other option do we have? You either work through it together or let it destroy you.

I love my wife and she is my best friend. There is no one else I would rather go through this with and one day…we will have our family. Whatever is supposed to happen will and sometimes we don’t know the exact reasons why things happen. We may never know…it is just up to us to do our part.

How I Use Flickr To Grow Community On My Blogs

Decisions: Choosing A Name For Our Baby

The Massive Influx Of The “I Wants”

8 Week Ultrasound: The Moment Of Truth

[…] marinate over what actually just happened. It was a bit of shock honestly. With everything that had happened previously…we were a little hesitant to get excited…but now we had something we could really hold […]

Sweet, what did you buy for your baby?

And you and your wife are lucky to have each other as best friends. Awesome!

[…] of. All of the crap of the past no longer mattered. The constant trips to the infertility doctor, the miscarriage from earlier this year, the entire birth process…none of that mattered as I enjoyed taking […]